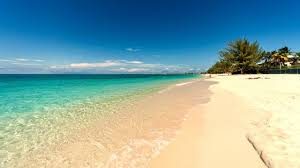 When Columbus made his landfall in the Caymans in 1503, he found tortoises and sea turtles in such profusion that he promptly named the islands Las Tortugas. But the name that stuck for the islands was the Carib word “Caimanas.” Fitting, since the caiman is a New World crocodilian and the islands were long the lair of pirates, buccaneers, and assorted freebooters. Despite their past, the Caymans are a Caribbean demi-paradise of white-sand beaches, coral gardens, and offshore waters harboring spectacular shipwrecks. Grand Cayman, Cayman Brac and Little Cayman also boast the highest standard of living in the entire Caribbean. This union of natural beauty and cosmopolitan style makes Grand Cayman a spectacular port of call for today’s adventurers. Note: Grand Cayman is an anchorage port. Passengers transfer to shore via ship’s tender. In certain sea conditions, an alternate pier is used to transfer passengers ashore. This may cause tour durations to vary. 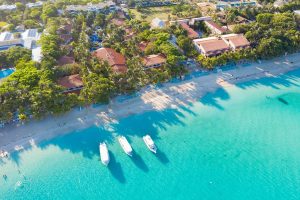 In the Caribbean, it’s always sunny and breezy during the days, but it’s also warm and charm over the nights. That is an amazing combination, especially if you are enjoying a cold drink and the relaxing sound of the waves at West Bay Beach.

The best thing to do in Roatan is to unwind in our spacious and luxurious interiors, enjoy beach & poolside canopied lounging, experience world-class snorkeling and diving, and indulge in fine dining at our 4 restaurants with á la carte & buffet style menus, as well as unlimited premium drinks including domestic & international liquors, beers & wines and take in daily entertainment with live music and cultural shows.

Located at the base of the Yucatan Peninsula, Belize offers travelers a wealth of attractions. The country’s dense rain forest is dotted with Mayan ruins. The forest is also home to a wide range of tropical wildlife, ranging from jaguars and ocelots to keel-boated macaws and howler monkeys. Offshore, the world’s second largest barrier reef offers some of the finest diving in the world. And Belize’s easygoing ways, a legacy of its past as a British colony, feels far more akin to a small Caribbean island than a Central American republic. 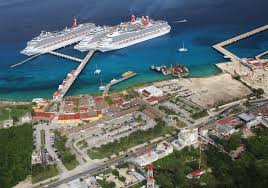 Mayan myth claims that Cozumel was home to the gods. Truly Cozumel is a place fit for the gods, with its dazzling white-sand beaches, ruined Mayan temples, exotic jungle wildlife, and crystalline waters teeming with tropical fish. Just offshore lay Palancar Reef, considered one of the most spectacular coral formations in all the Caribbean. Of course, the gods weren’t the only individuals attracted to this terrestrial paradise: during its long and colorful history, Cozumel has been home to pirates, buccaneers, and freebooters, including Sir Henry Morgan and Jean Lafitte. Today’s traveler will discover the same ravishing beauty and relaxation that entertained gods and pirates alike.

To book or for more information:

Admission to performances are exclusive to those booking through Travel Professionals 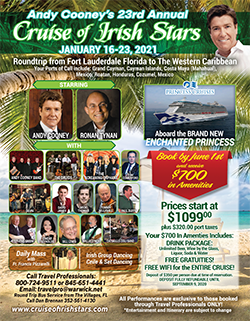